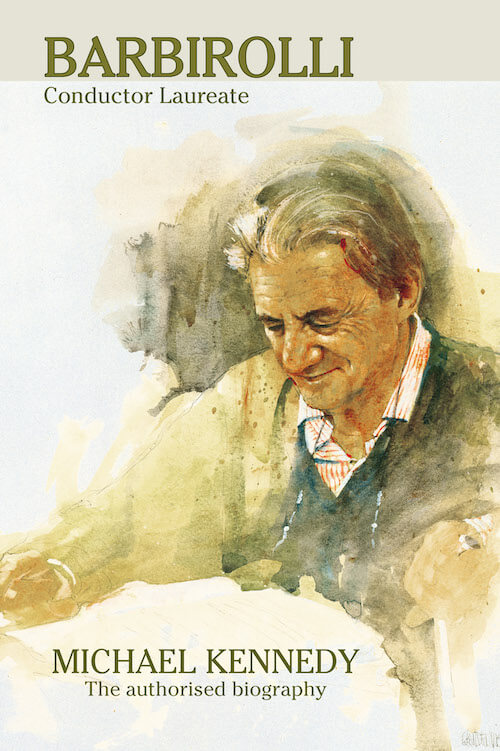 ISBN 1-85580-029-2
Michael Kennedy’s biography of Sir John Barbirolli was first published in 1971, the year after the conductor’s death. Written at Barbirolli’s request and with the full co-operation of Lady Barbirolli, it drew on Sir John’s private papers and on Kennedy’s friendship with im for nearly thirty years. The description of ‘Cockney Johnny’s’ childhood draws on a fragment of autobiography and from his Army days onwards, Barbirolli’s own words are freely quoted. He was a letter-writer of rare quality and these sparkling, heartfelt letters illuminate every phase of his life and reveal his underlying insecurity and his lifelong affliction by depression. The details of his feud with Beecham, the difficulties he faced ( and overcame) with the New York Philharmonic in succession to Toscanini and the sacrifice involved in his quarter century with the Hallé Orchestra are revealed, in addition to his friendship with Kathleen Ferrier, Pablo Casals, Ralph Vaughan Williams and Janet Baker. His devotion to the music of Elgar is a principal theme, almost equalled in the later stages of his career by his passion for Mahler.

For this reissue by the Barbirolli Society, Kennedy has restored some material which was omitted from the original edition and has made some revisions. There are many new illustrations, most of them not previously published, and a list of the Society’s recordings. In the thirty years since his death, Barbirolli’s reputation has soared through his recordings and many who never saw him conduct but are moved by his music-making will be equally moved by his account of one of the most lovable and fascinating of the twentieth century.